Postdoc opportunity at the Jagiellonian University in Kraków, Poland 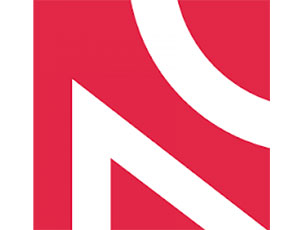 We seek a motivated PhD interested in pursuing a post-doc focused on mitonuclear co-adaptation and its role in amphibian speciation.

Mitochondrial protein complexes involved in aerobic respiration are encoded in mitochondrial DNA and nuclear DNA, a condition necessitating co-adaptation between the two genomes. Mitonuclear co-adaptation is broken up by recombination when individuals from divergent lineages (such as different species) mate and produce hybrid progeny. Mitonuclear incompatibilities, i.e. the mismatch between gene products encoded by the mtDNA of one species and nDNA of another, may constitute important postzygotic reproductive barriers. However, several basic aspects of this potentially universal reproductive isolation mechanism remain poorly known. The goal of this project is to evaluate the role of mitonuclear co-adaptation in amphibian speciation.

The post-doc will participate in attaining one or more of the following aims of the project: (1) assess the concordance of patterns of sequence divergence in mtDNA- and nDNA-encoded genes involved in mitochondrial metabolism across the contact zones of hybridizing amphibian species, (2) evaluate the causes of widespread mtDNA introgression in amphibians, (3) assay the functional and fitness consequences of mitonuclear incompatibility in tadpoles.

The post-doc will join a team of researchers led by Maciej Pabijan (http://zap-uj.pl/pabijan_en.html) at the Institute of Zoology and Biomedical Research at Jagiellonian University in Kraków.

The position involves molecular lab work (targeted sequencing), demographic modelling and participation in an experiment on tadpole fitness and function in relation to mitonuclear discordance. Depending on his/her interests, the candidate may also contribute to field work (amphibian sampling) in Poland and beyond. The project is funded by the National Science Centre of Poland. The post-doc position is for 30 months with a salary of ~7 000 PLN (~1 550 Euro) per month, which is reasonable considering the lower living costs of Kraków compared to other European cities. A post-doc is to be understood as a full-time position for someone who has obtained their PhD within the last 7 years. The starting date is negotiable but preferably April or May 2022. For more information contact Maciej Pabijan  (maciej.pabijan@uj.edu.pl)